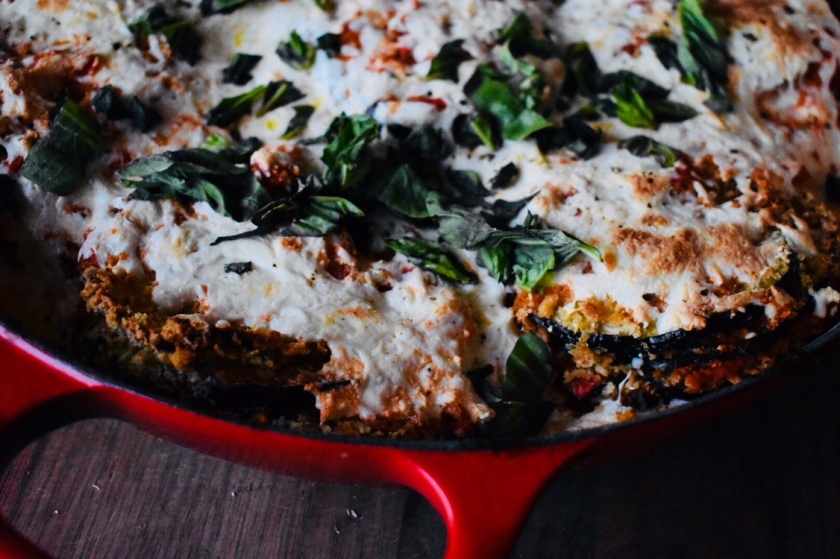 Hey, I didn’t call it that — my boyfriend did. In fact, when I asked Matt what he wanted for his very special whatever-you-want 30th birthday dinner, this is what he asked for.

Eggplant is not the easiest vegetable to work with, and I think that’s why most people stick to enjoying this dish at a restaurant rather than tackle it at home. But it is possible to recreate that rich, tender, is-this-actually-a-vegetable eggplant.

The trick? salt. The secret to the best eggplant ever is salting it for at least 45 minutes before breading it, drawing out the moisture and bitterness.

Salting your eggplant beforehand is the only way to achieve that perfect texture that you’re looking for when making this dish. You don’t want a soggy, bitter eggplant — you need one that will be able to stand up to a mountain of cheese, sauce and heat, and one that will melt in your mouth, almost like a meatball.

The secret to the best eggplant ever is salting it for at least 45 minutes before breading it, drawing out the moisture and bitterness.

Also known as parmigiana di melanzane in Italian, eggplant parmigiana (also also known as eggplant parmesean — more on that later) is a popular dish in Italy, particularly in the southern regions, with a sort of unknown origin. Some Sicilians claim its birth place (we can be a stubborn folk) while some say it must have been created closer to Parma because of the cheese. Either way, I’m glad it stuck around this long and made its way to the U.S. 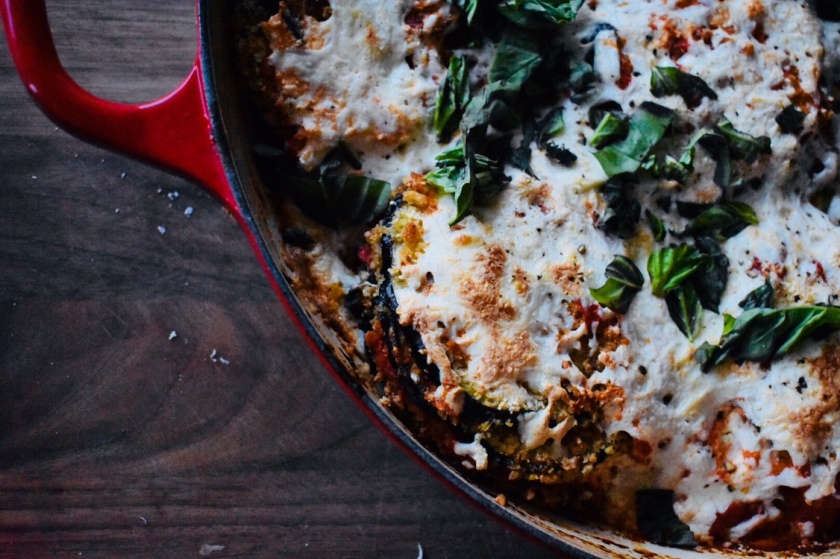 First things first — let’s talk about parmigiana vs parmesean. These are not interchangeable terms, and there is one you should definitely be using over the other.

Parmigiana-Reggiano is the real-deal parmigiana cheese you need in your life, and in any recipe that calls for “parm.” It’s a hard, dry cows-milk cheese, made only in Italian regions like Bologna, Modena, and Parma, aged at least two years. Only cheeses made in these regions can be labeled Parmigiana-Reggiano under Italian law — they take it very seriously. Aside from looking closely at the label, the rind can give you another clue as to if its parmigiana. The rind should be stamped, and you might even be able to see part of a letter or two. In fact, each 80-lb wheel of cheese (not an exaggeration) is given a unique identifiable number.

Parmesean on the other hand is not a regulated cheese in the United States. Cheeses labeled Parmesean are likely an imitation of Parmigiana, typically only aged less than a year. They are much more mild in flavor, and lack the nutty and complex taste of true Parmigiana-Reggiano. 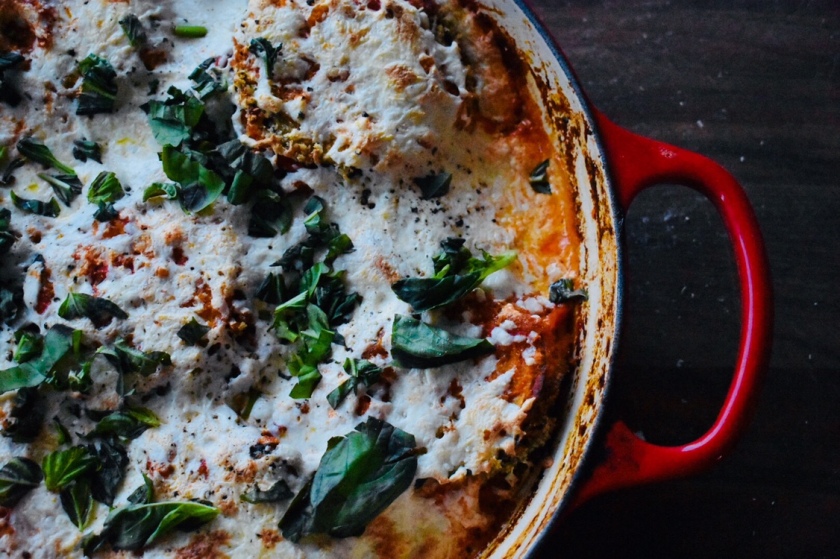 Now that you have a newfound appreciation for Parmigiana-Reggiano, and perhaps answers to a potential trivia question at some point in your life, we can get back to this glorious best ever eggplant parm. And Matt’s milestone birthday.

I’m going to tell you up front, that this is not a weeknight dinner. It would be a bad idea to try and do this after a day of work. This dish is a labor of love, best enjoyed on a day when you slept in and had no where else to be — because it’s going to take some effort.

But what better way to celebrate someone’s third decade in life than to make them the best ever eggplant parm?! We had a quiet but nice 30th birthday for Matt, lingering around our small dinner table over our second serving of eggplant (and wine). He was born on the 4th of July actually, and we’ve now had three birthdays together. I think he feels just OK about turning 30. I think it’s pretty exciting! …Not that I’d want to trade or anything. 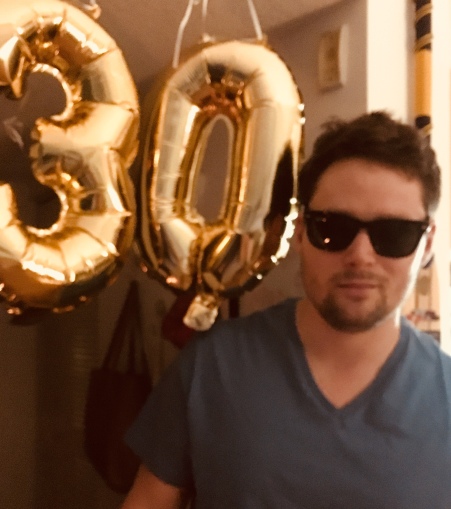 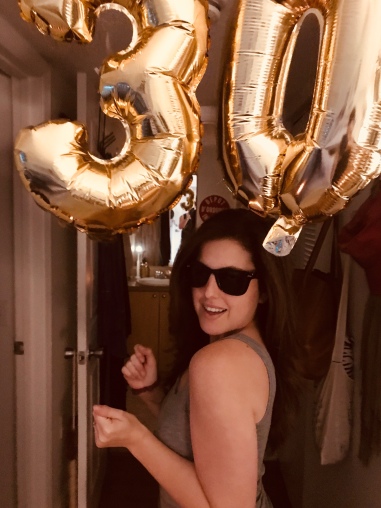 I just figured I’d share this since I was very proud of my 30th birthday dinner decor, which included these fun balloons! The evening included an exciting unwrapping of Ray-Bans, an impulsive Nordstrom.com order of another pair for myself (that actually turned out to be the wrong pair because I was drunk on eggplant parm. And I guess maybe wine too) and finally, the most amazing chocolate cake that I need to make again (and again) and share on the blog. Shout out to my sorella Chelsea who enjoyed it on her recent birthday! It was pretty much “the best ever 30th birthday.” Not sure he actually said that but I’m running with the best-ever theme here. 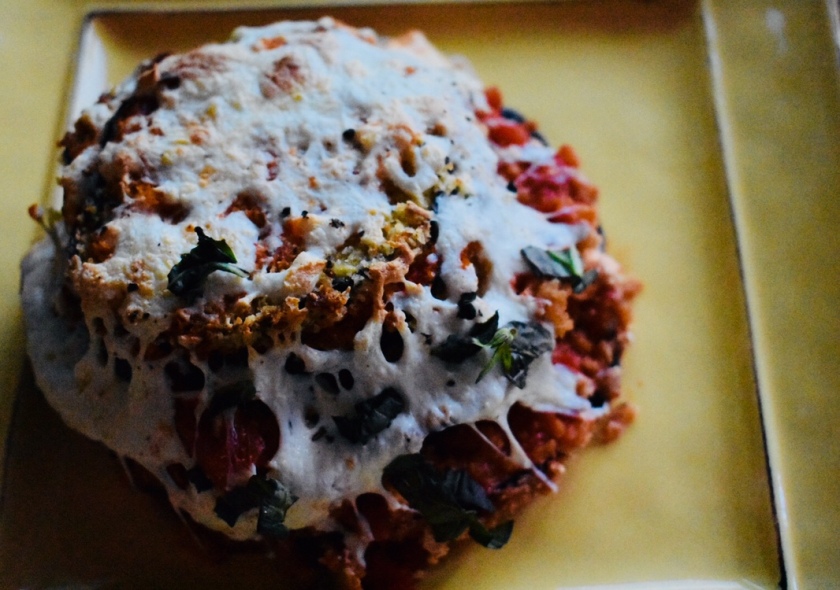 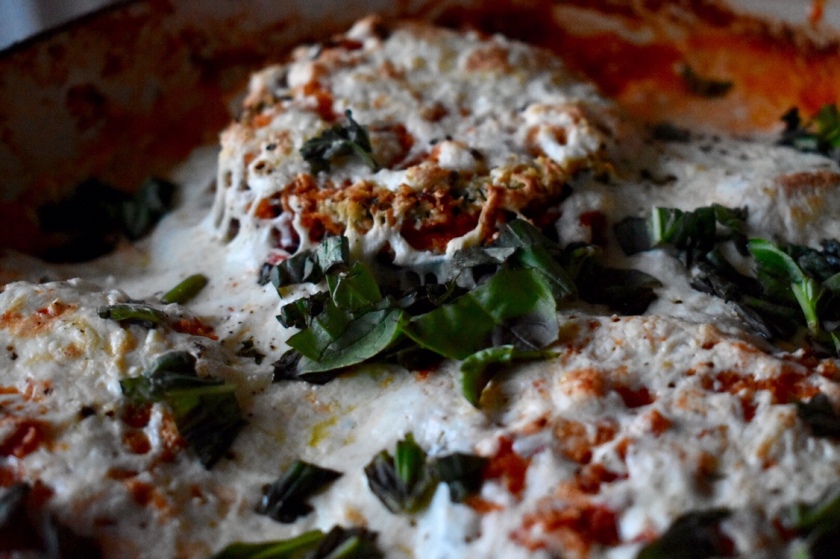 I promise if you make my best ever eggplant parm, you will not regret it. You will linger like we did over this pot of tender and flavorful breaded eggplant, wrapped in the perfect red sauce and topped with deliciously melted cheeses. Bonus: the leftovers are amazing. I like to heat an “eggplant round,” as I like to call them, back up in the oven at 350°, and top it with lemon and oil-dressed arugula. Dare I say.. the best lunch ever? 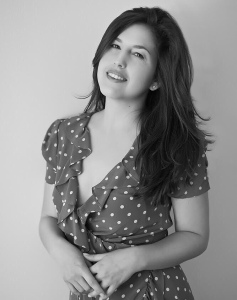 My name is Adina. I’m a (mostly) self-taught chef with a deep love for pasta and a firm belief that there should always be bread at the table. Welcome to my blog! 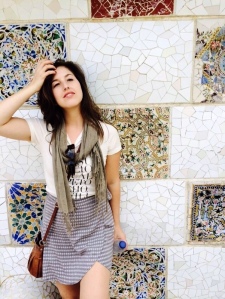 Simple Italian-inspired recipes and the stories behind them.